You know my motto…I keep celebrity talk classy!  Here are some big things that are going around in celebrity-ville; check it out:

EVA’s ABOUT TO POP!

Eva Marcille is pregnant with her first baby with singer and songwriter, Kevin McCall.  She is due any day now and I must say, she is one of the cutest preggers I’ve seen.  She’s been sharing her belly growth on Instagram throughout her entire pregnancy and there’s nothing more beautiful!

Wishing you the best delivery ever and your latest photo proves that you are ready to pop!

In other news, singer and Diddy’s girlfriend, Cassie, is extending her reach into the entertainment world with her brand new fashion partnership with clothing brand, Young & Reckless.  Cassie will be creating her own line, “EN-WHY2EL-AYE” which is a funky derivative of NY to LA.  Some of her pieces incorporate artwork made personally by Cassie herself, which is pretty cool and original.  It’s no secret, she is a beautiful girl, so modeling her own pieces is a no-brainer!  Work it girl!

Remember the Bad Boy group, Day 26?  They made some pretty popular hits, such as Exclusive, and since their abrupt disappearance from the scene, fans have been wanting a return.  Recently, all-female Bad Boy  group, Danity Kane, reunited (minus D. Woods, whose publicist refused to make a statement on the subject) and they are making their way back on the scene.  Therefore, it’s not a surprise that Day 26 followed in their footsteps.  This week, Day 26 will be performing in NYC at SOB on Sunday; details are below. 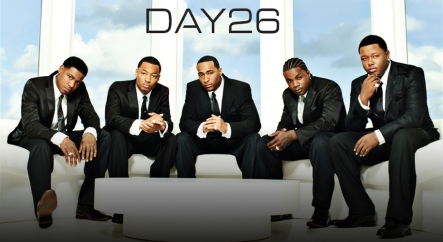 Check out his latest mixtape, The Reintroduction of Willie Taylor.  You may remember my interview with him; if not, check it out!  This has been a much anticipated mixtape; let’s see how his life post-Day26 has been treating Willie!  See below for the link! 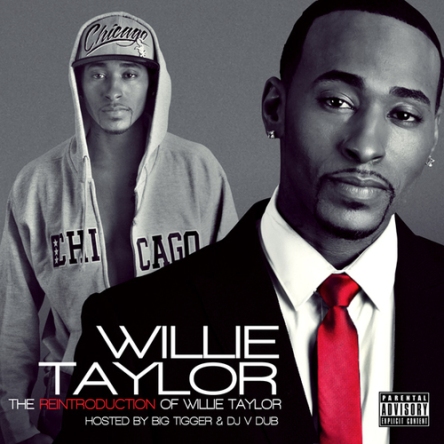 You know I love sharing new music and videos with all of you!  This is the latest video that brings together two tracks, Wild N’ Young and Faith, from Dawn Richard’s current EP, Armor On.  The former Danity Kane member  is currently working on her new EP, Goldenheart, which releases in October.  Check out this artistically stimulating video that has a lot of similarities to Rihanna’s work (if you ask me): 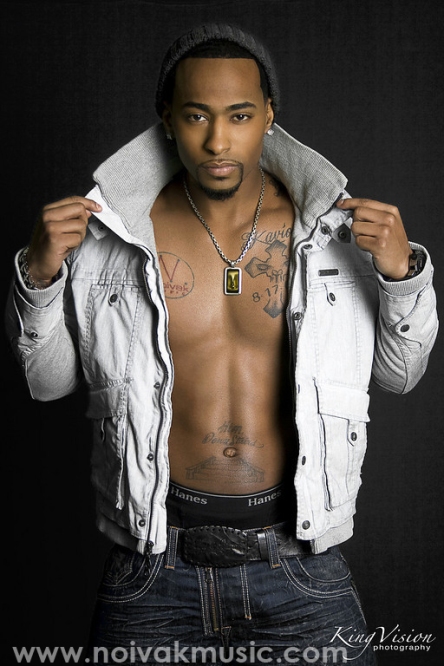 We’ve seen him on television, heard him through our speakers and now he’s telling everyone to Instagram Ya Body in his brand new single!  This young man has been known to sing ladies’ lingerie right off their bodies (or so we can assume!) and he’s proven to be well equipped with dance moves, a sultry voice and writing talent.  Willie Taylor (Willie Madison Taylor III) hails from Illinois and was a member in R&B group, Kwiet Storm, but eventually parted ways to start his solo career.  He’s worked with artists such as Avant, Joe, Jagged Edge and Ginuwine and, prior to his solo album release (On My Way), he auditioned for MTV’s Making the Band 4.  He and four others managed to fight their way through grueling try-outs, wow the judges and even win over Diddy himself, to eventually form the group, Day26. 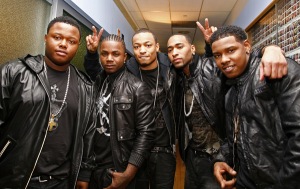 In addition to his success on Making the Band, Willie is the CEO of Noivak Music Group and is a father of two; he seems to be holding up well against the pressure of balancing family and work.  He took some time out of his busy schedule to chat with the Dreamworld and share what’s new with Day26, what we can expect in the near future and one thing that all of the ladies are dying to know…if he’s single!  Check out what he has to say:

How have you grown (musically and personally) since you were first introduced to the world on Making the Band 4/Day 26?

I’ve grown a lot  since the show first aired, I’ve recorded two #1 Albums, traveled the World twice, won awards & had a LOT of Reality checks, but I feel it only made me STRONGER and WISER in my Music and Personal Life.

Instagram Ya Body seems like a simple enough concept since it’s such a popular app now, but no one has made a hit quite like you. How did you come up with the idea to dedicate an entire track to this modern phenom?

I’m a CREATIVE Writer, I always want to be Clever in my Music, I’ve shown a lot of that on my first mixtape, Sextape, with songs like “Knock it Out The Park,” “Sex Conversation,” “King of the Jungle” & “Full Course Meal” to name a few and just like I did with those records I did this record Instagram Ya Body; which is basically letting your girl know how fly she is and wanting to share her Beauty with the world, that Simple!!!! lol

Are you still making music with the group or can fans expect you to be a completely solo artist moving forward?

Great Question,lol. Well Honestly I would Love to tell you that a New Group (DAY26) Album is coming soon but that wouldn’t be true. The reason for the Breakup….. we’ll have to do in a later interview but just know I was one of the members there til the end, and I can’t just stop because of others, so I have to continue to do what I love which is Music.  Get Ready For “The Reintroduction Of Willie Taylor”!

Between the Sextape mixtape and Instagram Ya Body track, it’s safe to say that you are a sexual individual. What influences you to make such raw and sensual music…is it all based on personal experiences?

Some of it is Based of Personal Experiences, Big Imagination, and some just from Knowing what Women Want. Those 3 are SOME of the Secrets to My MADNESS.

You’ve fought your way through the industry and have seen your fair share of ups and downs, what’s one thing you would change if you could?

Honestly, I wouldn’t change anything thus far, I feel Like God works right “ON” Time so everything that I’ve been through, Ups and Downs were in some shape, form or fashion Needed for this Journey!!!!

If you could offer advice to the younger you, what would it be (given what you’ve learned about the industry up to this point)?

I would say, Keep God First,  Stay true to yourself, Invest in YourSelf,  And Give it your all, that way you can always know that you left it all out on the table.  Win or Lose You Gave it your all!!

A personal Willie Taylor favorite of mine is 12 Play; how does it feel to know that you may be responsible for some great romance and/or baby making?

That’s a good feeling! I actually have had many ladies come see me at a show and tell me that they have a baby off my Sextape Music…. crazy part is one said she named her baby “Willie” LOL

All of the ladies want to know…are you single or can they feel free to Instagram their body?

Sorry Ladies, I’m not Single but, however, you can Still feel Free to “Instagram Ya Body” I’m Sure you do that already!!! lol

What’s one funny/quirky thing about you that fans may not know?

Well there you have it!  Everything we’ve been wondering and then some!  I will definitely be following up to get the details on the Day26 break-up, but in the meantime check out his new single, Instagram Ya Body feat. Jeremih, below!  Thank you so much for visiting the Dreamworld and be sure to check back in!

We all remember the climactic moments from Making the Band and despite the drama that spread within Danity Kane, we can’t help but miss seeing them on TV.  There’s no denying that each member brought something special to the table and stood out in their own right.  Do you ever wonder where they are or what they’re up to?  Well, I decided to find out for myself where they’re at…starting with a fan favorite, D. Woods; the booty, the beauty and the voice!  You’ll be happy to know that, not only is she still singing, but she has a new video and continues to push her way through the industry. 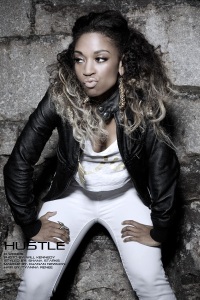 Born Wanita “D. Woods” Woodgett, she has always been a triple threat: singer, dancer and actress.  Hailing from California and Massachusetts, Woods relocated to Atlanta where she began attending performing arts school, Tri-Cities High School.  She would go on to continue building her technique at the Alvin Ailey American Dance Theater and perfecting her acting abilities at NYU’s Tisch School of the Arts. If you thought that Danity Kane was her first run in the spotlight, you thought wrong.  D. Woods has performed as a background dancer for big names such as, Snoop Dogg, LeToya Luckett, Bow Wow and more.  After surviving the cut of Diddy’s Making the Band 3, the world got a glimpse of this special package on a much larger scale. The dynamic female group toured with powerhouse, Christina Aguilera and had two top selling albums (Danity Kane and Welcome to the Dollhouse) .  Despite the abrupt ending of an amazing group, D. Woods remains strong-rooted in her goals.  Read on to see what she has to say about life after the drama:

How has life, post reality T.V., been for you?

What latest project(s) are you currently working on? Any exciting collaborations?

I have my label WOODGRANE ENTERTAINMENT and the first release, THE GRAY AREA EP which is on iTunes and other online retailers NOW. Go get It!

What motivates you to continue on your journey through this industry?

What motivates me is the little girl who dreamed of big things and stages and creativity that was/is, me. I can’t let her down.

What do you think is your God-given purpose in life?

Everyday I ask myself that and truthfully I believe that is the work of each person to find and redefine as they go through this world. I get a feeling of confirmation when Im doing something for GOD’s purpose that is undeniable so I keep search for that feeling.

What advice can you offer others, especially females, trying to make it in this industry?

What is one funny/quirky thing about you that fans may not already know?

I’m a mermaid when I get in the water. I can stay on the beach in the water or the pool all day.

How can we show support, i.e. where can we buy your music, get the latest info on upcoming projects, etc.?

You can find THE GRAY AREA on iTunes or go to www.missdwoods.com for all things D.Woods.

*I asked D. Woods a couple of questions regarding Danity Kane and this is what her publicist had to say:

Ms. Woods prefers not to answer questions in reference to her former label or group.

It’s nice to see her moving in a positive direction and not diving into the D.K. past.  The Dreamworld wishes her nothing but the best and if you want to show your support, make sure to visit iTunes and purchase The Gray Area!  Before you leave, check out her latest video, Foolish Dreamer: