Reagan Gomez Takes a Stand on Creating Quality Roles for Women of Color!

The great thing about the entertainment world is that it gives us a chance to watch young actors and actresses grow right before our very eyes.  Back when television was filled with quality shows almost every night, the viewers had the luxury of seeing an array of skin color, mixed genders, comedy, drama, etc., but what about now?  What happened to all of those roles?  What happened to all of that diversity?  Reagan Gomez seems to have an idea! You’ve seen her as Zaria Preston on the hit show Parent ‘Hood, featured in King Magazine and also starring in Corey Grant’s film, Dysfunctional Friends.  She’s made her mark in Hollywood and now she is taking a stand!

Bad Girls Club, Judi the Voodoo Vixen, Opens Up for an Interview!!! 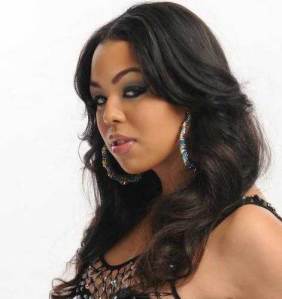 To all my Bad Girls Club and Love Games fans/viewers, here’s a treat just for you!  I had the opportunity to speak with Judi from BGC, Season 7 and she opens up to show her fans that there is a lot more to her, than what we’ve seen on television.  She goes into detail about her romance with Matt, what being on the Bad Girls Club has taught her and what’s in store for her future.  Of course, if you’ve seen Oxygen’s most intense series-to-date, you know that this show holds nothing back.  At times I can admit to cringing from the violence and the girl on girl cattiness because it’s nothing short of a public display of bullying, but in the end the girls are supposed to have grown from the experience.  Well, only time will tell if anyone actually comes away with a healthier perspective of reality and speaking with Judi was my chance to see what the Voodoo Vixen learned from her time in the Bad Girls Club house.  Check out what we talked about; you’re in for a treat!

CLICK HERE FOR MY FULL INTERVIEW WITH BGC’s JUDI!

Of course, we all saw this beautiful specimen in the hit movie, How to Be a Player, which starred Bill Bellamy and Lark Voorhies. She’s carved a path throughout Hollywood with appearances in Family Matters, Baywatch, Living Single, Soul Food, The Parkers, and One Life to Live, to name a few. Growing up in Miami, FL, Mari made her way to the Big Apple where she perfected her acting skills, before setting off for the City of Angels (L.A.). I was lucky enough to grab a few moments of her time and pick her brain about her journey thus far. Check out what she had to say about the current state of acting, what she’s been up to and how she decided to make that big move to Los Angeles.

CLICK HERE FOR MY FULL INTERVIEW WITH MARI MORROW!


Jonathas, from NBC’s, “The Voice”, Tells All to the Dreamworld!

If you are a fan of NBC’s The Voice, then the name Jonathas will certainly ring some bells. He was the soulful powerhouse from Season 2 who was cut in the final battle round, just before the ultimate live competition. Jonathas was a fan favorite, bringing something new to the competition…a Brazilian who could sing Usher’s U Got it Bad better than Usher himself (yes, I said it!). For those that aren’t as familiar, Jonathas migrated to the United States on a boat for over a month with his mother at the age of four. Growing up poor, music is what he turned to at a young age and it has become the one thing that could help provide for his family. Now living in Texas at the age of 24, he has a wife and two kids and drops his debut album, Numb, which is slated to be something that the R&B game needs. Check out my interview with Jonathas and see what he has to say about his upcoming album, his migration to the U.S. and choosing team Christina on The Voice.