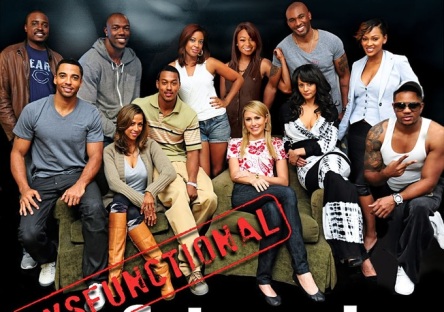 I’m going to attempt to share my thoughts about the film, Dysfunctional Friends, without giving away every detail (for those that haven’t seen it).  For those that did see it, I’m sure you can share in my sentiment of it being a good film.  Starting with the opening act, my attention was solely on the screen watching Persia White, who I think is a phenomenal and underrated actress in the industry (formerly on the hit show Girlfriends), involved in some girl on girl action.  The initial plot build-up was great!  Of course, everyone knows by now that the premise of the story involves a friend who suddenly dies from a freak accident and leaves his estate to his close circle of friends.  However, in order for them to cash in, they need to last a week together and work out whatever issues they have and get reacquainted.  This is an amazing storyline, being as though it relates to so many friendships nowadays where life gets in the way, people grow apart and before you know it, years have gone by!

One of the biggest perks of the film is seeing actors/actresses who are super talented, yet haven’t been on the big screen in a while, i.e. Wesley Jonathan, Reagan Gomez-Preston, Persia White, Tatyana Ali.  Another added bonus is that even though there’s a heaviness of the initial plot (death), there is comedy throughout to provide a healthy balance.  What you will find is that each character is probably a representation of someone that you call a friend or whom you know in real life and because of this, there’s nothing phony or “Hollywood” about the film; it’s actually a very accurate depiction of the real world. 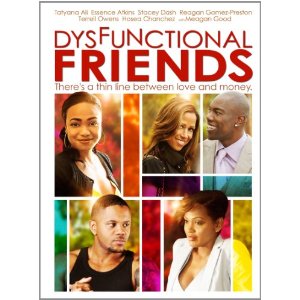 One thing that some may find is that the pace of the movie is steady and almost teetering on slow, BUT for someone like me who appreciates character and plot depth it matches perfectly with the story.  For example, there are close to 10 main characters and the basis of the scenario requires them all to remain in the same house for the majority of the film.  So all of the craziness that ensues forces each character to develop in front of one another, which allows the viewer to truly understand each role and get familiar with who is who and what there purpose is.  How many times do we see a film and there is so much going on that we sometimes forget the name or what happened in the beginning of the movie with them?  Not in this case! Corey Grant does an awesome job with the script and the direction.

The ultimate kudos is for the film NOT BEING PREDICTABLE.  There were plot twists, moments of who’s sleeping with who, what secrets are they hiding, who ends up with who in the end…there is so much that will allow you to really appreciate this independent production.  There were some really awesome breakthrough roles, fresh faces (Vanessa Simmons) and finally great representations of black actors! I give it two thumbs up and strongly recommend purchasing the DVD!  Showing support for independent films is key!