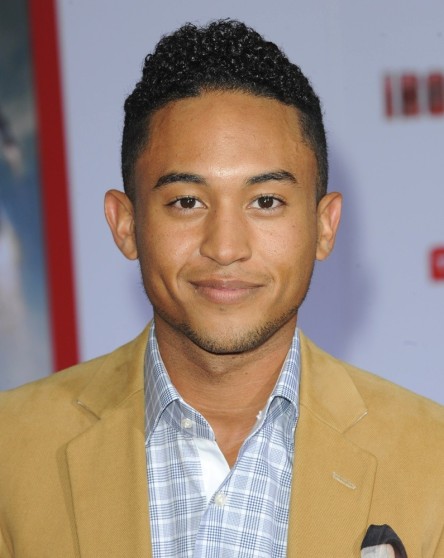 I just so happened to be watching an episode of the Wendy Williams show (I’ve loved her since she was on the air in Philly) and she had Tahj Mowry (Tia and Tamera’s younger brother) as a guest.  Wendy began discussing the issue of his sister being openly ridiculed and verbally attacked for marrying and having a baby with a white man.  Tahj began sharing stories about how his followers on social media reach out to him saying things like “you don’t have any black friends” if he happens to post a photo with only white people.  They even say things like “you don’t embrace your black side” and it shocks him.  He and his sisters are bi-racial, with a black mother and white father.

I can’t express how disgusted I am that things like this still occur.  Growing up as a mixed kid, I feel his pain.  I was never black enough and I was never Puerto Rican enough…I mean, what is “being black enough”?  Are there certain stereotypical things that I should be doing or is there a certain way that I need to speak in order to be considered black?  CRAZINESS!  It’s so sad that any one person can be placed in a box or expected to “act” a certain way simply because others THINK they should (a total sign of insecurity and ignorance).  If only the world minded their business, lived their own lives and stopped caring about stupid shit, the world MIGHT be a more enjoyable place to live.