So, in honor of the newest (ignorant) craze about our newest All-Around Gold Medalist, I’ve decided to address what seems to be a major issue within certain circles.  Let’s jump right into it!  Who the frap cares about hair THAT much to directly lash out against a 16 year old who made HISTORY?  It completely disgusts me to even think that people can, not only be so cruel, but they can be so superficial and disrespectful.

There seems to be a movement toward individuals going natural and less use of relaxers or other chemicals that could theoretically make them more “socially acceptable”.  Doesn’t that mean everyone can have different hair and do it as they please?  So, I dare ask the questions:  What does hair really represent?  Does it make you more acceptable to not rock the curls and/or naturalness?  Is there REALLY a need to be so hung up on titles of hair types?  I understand that this may be a sensitive subject for folks, but dang…image is not always everything when it’s at the expense of your sanity (or someone else’s). 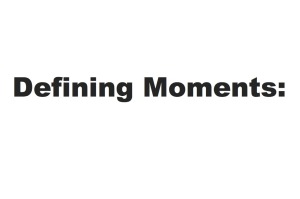 NAPS: Now, this is a BIG thing for me to even be discussing.  I used to be the “ignorant” one who had no clue that “nappy” had a racial connotation (I still don’t and I still say it), BUT although I still say “nappy” I’m more aware of who I am saying it to for the sake of not hurting someone’s feelings (ugh).  For me, someone who is white, black, purple or green can have “nappy hair”…if you don’t do your hair, then hey, that’s what the heck it looks like!

TYPES: I just learned within the last couple of years that there were different hair types defined within a numbering system (3a, 4b, 4c, etc.).  I always used to just refer to types as, “curly” or “straight” or “tight curls” or “wavy” or “coarse”…you get the point.  I was educated on what hair type I have on Curly Nikki.  Honestly, I could care less…I just love my curls, who cares if you don’t.

GO OFF MOMENT: The point is, NOT everyone cares enough about hair to make a big stink about how others rock theirs!  Now, people can be a part of secret societies, forums or groups that only talk about hair, that is fine.  But, when there are certain individuals who take it a step further and ASSume that hair should DEFINE a person, that is when I get all out of sorts.  Here is this beautiful girl (not just a black girl, but a PRETTY GIRL) who worked her butt off to be able to compete on the United States Olympic Gymnastics team and the main thing that her “fellow people” choose to focus on is her hair?  Check out some of the HORRIBLE tweets that were put out about Gabby as she was still competing for her gold medals:

Why hasn’t anyone tried to fix Gabby Douglas’ hair?

Gabby Douglas gotta do something with this hair! These clips and this brown gel residue aint it.

I wanna do Gabby Douglas hair so bad. She makes me so sad.

Sometimes I wish there were a special device to rid the world of people who make comments like this (especially when they haven’t even mastered the English language)!  While they were busy tweeting and doing nothing short of being upset and jealous that their life is probably MISERABLE in comparison to Gabby’s, this young talent was wow-ing the rest of the world by being the FIRST African American female to win the gymnastics All-Around gold medal.  I’m here to say, “CONGRATS GABBY!”  Don’t let the world taint your view and don’t even think for one second that your hair defines you!  YOU ARE BEAUTIFUL!

WHEEEW! Glad I got that off my chest!  In honor of this inspiring young lady, enjoy the pics you freaking haters!

Saved the best for last for the haters!  BOOM!  When was the last time you were endorsed by a major brand? 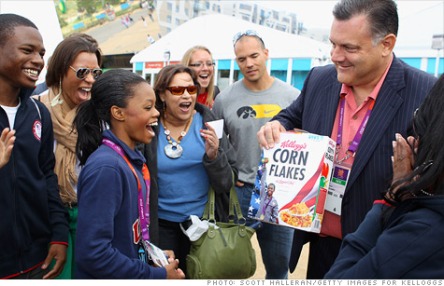