I’ve said it before and I’m saying it again, Donnell Shawn (Butler) is the next big thing in the music industry.  As an update to my interview with him a few months ago, here’s an exclusive download of his new mixtape, Sleeping Giant.  He’s written music for major artists such as Mary J. Blige, Day26, Lil’ Wayne, LeToya Luckett and many, many more. He has finally allowed the world to listen to his amazing and captivating voice with his new release and it is long overdue.  His journey, his passion and his humble spirit all play a role in his much deserved success.

Download Sleeping Giant to get an idea of what makes his talent and ability so unique and special.

Leave some love below and let the Dreamworld know what you think! 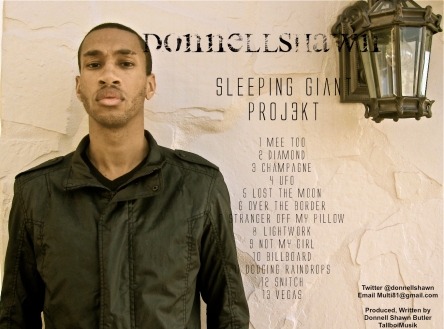