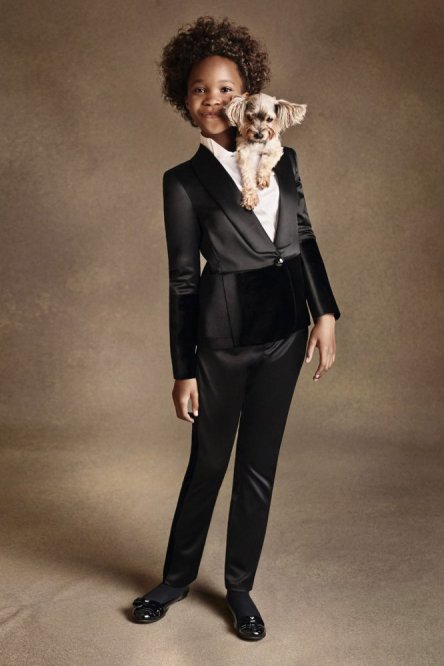 Best known for her Oscar nominated performance in Beasts of the Southern Wild, Quvenzhané Wallis makes history once again by being the first child celebrity to be named the face of Armani Junior.  She is super excited to take on this new challenge and shared her thoughts on the huge opportunity:

I’m so happy to be chosen by Mr. Armani to be his ambassador for Armani Junior. I felt the same excitement when I got cast for a major film. Me? Wow! I was honored to wear his custom gown to the Oscars. It made me feel like a princess…

Not only will this young beauty be taking on a new profession as an Armani model, but she will also appear in the upcoming rendition of Annie; slated to hit theaters in December!